Asking Why, Part One 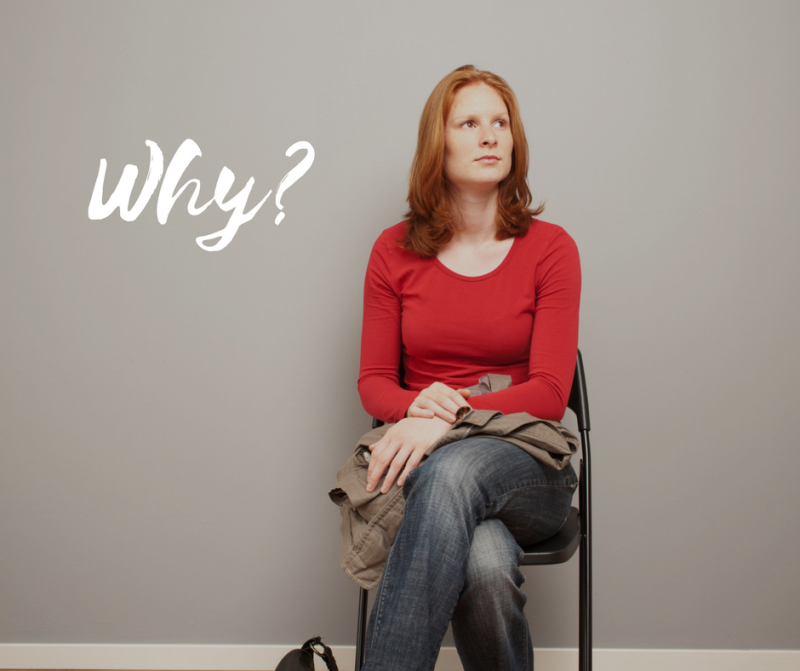 And in the course of those evenings, I became convinced that Moishe the Beadle would help me enter eternity, into that time when question and answer would become ONE.”
–Night by Elie Wiesel

As I drove home from the doctor’s office, I looked into the vast blue sky and uttered a question that I often encourage others to avoid, “Why me, Lord? Seriously?”

Asking why can be very dangerous.

Why defined, “the cause or reason: the whys and wherefores of a troublesome situation.”

Just days before my visit to the doctor,  I finished a book proposal in which Chapter One is titled, “Welcoming God into the Whys.”

Little did I know how quickly I would be applying the words written by my very own hand. 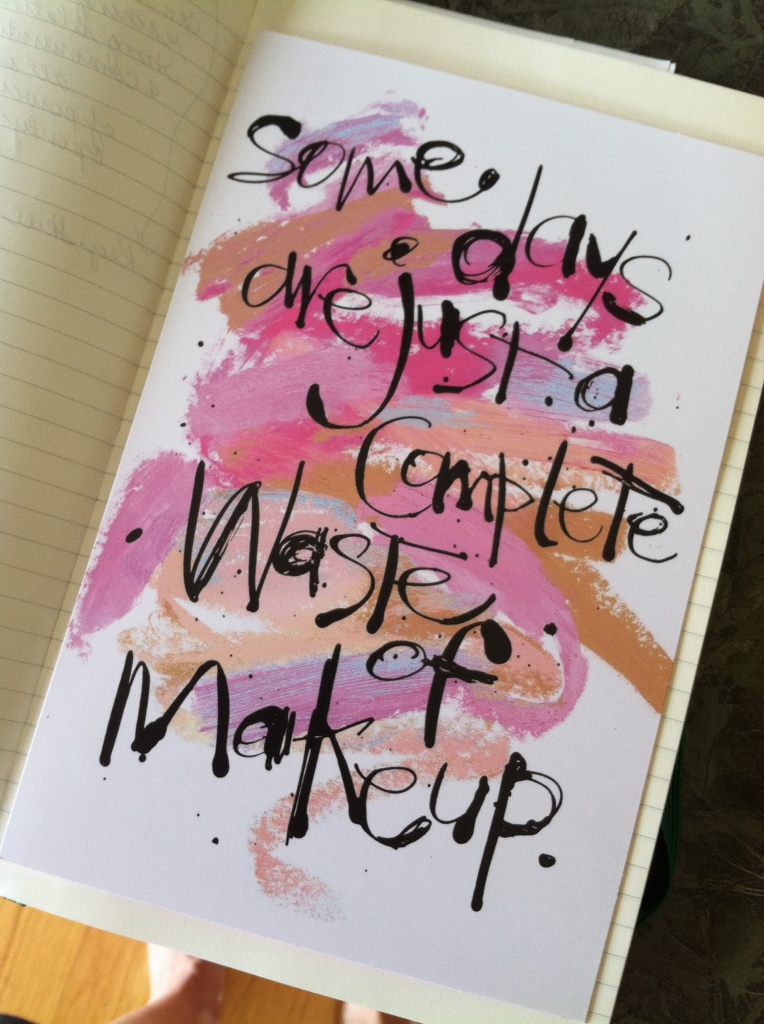 Since 2009, I’ve had several mystifying bouts with acute chest pain (radiating upward into the jaw), shortness of breath, mental fatigue, and GI issues. Tests were run (2009-2010), medications prescribed, and simple “watch-and-sees” given. At the time, I thought it was stress-induced. A great deal was going on (which isn’t unusual), so I chalked it up to travel fatigue, my type-A-ness (hyper responsibility, overcommitment), relationship strains, work, family, etc.

The normal grab-life-with-two-handfuls stuff in the 21st century. 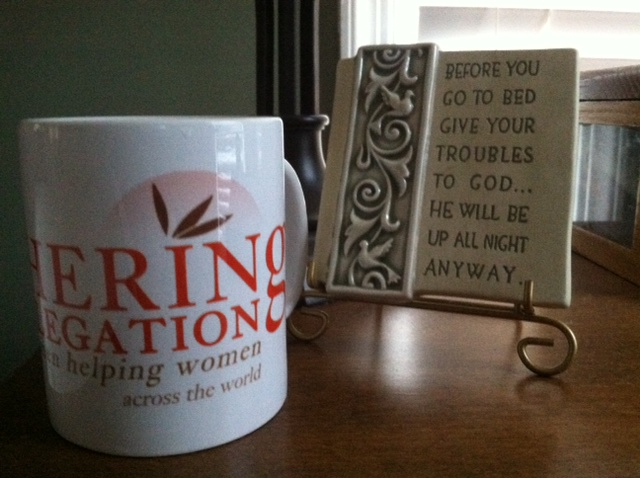 The conditions never went away, but I seemed to be managing it. My schedule was full, but I thought I was balancing it out with regular exercise and all the stress-relieving tactics I know to do. But, this past November, something entirely new started happening.

I began having serious swallowing issues. It began with a very scary choking incident and it was all down hill from there. Even swallowing water started causing great discomfort. When simple changes didn’t help, I trotted back to my faithful doctor who thankfully showed great concern and suggested a specialist. With a daughter and mother who both had undergone recent brain surgeries, he wanted to make sure my little brain was okay. Over the next several months, a series of tests ensued: brain and neck MRI, Modified Barium Swallow, Upper GI, and finally a Manometry. 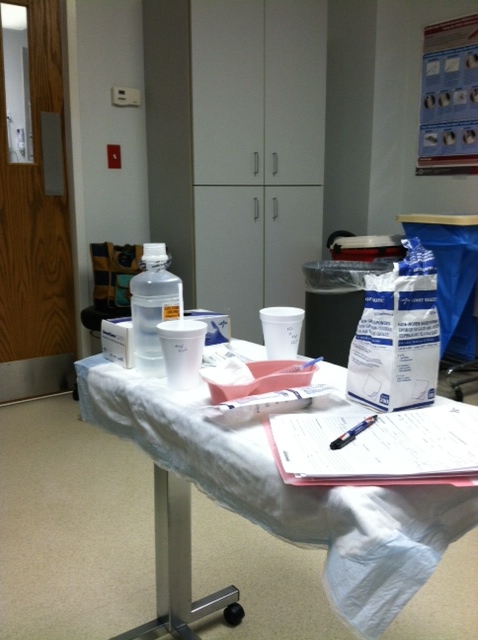 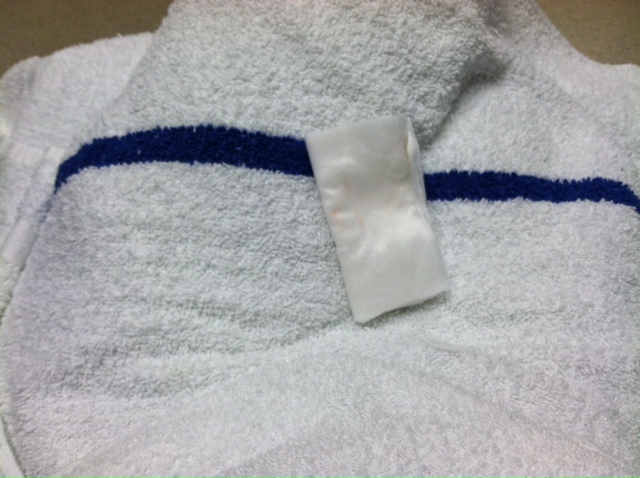 These two incredible nurses, Ann and Robin,
kept laying tissues in my lap.
Did I say the tears just wouldn’t stop? These women are so incredibly gifted at what they do.
They set my heart at ease and were so good at their job.
Angels…. 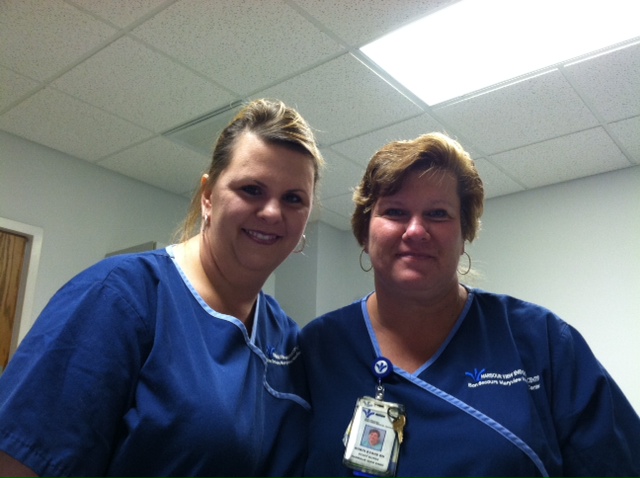 A few days passed and finally my doctor’s nurse called and said, “Janell, Dr. Lawson would like me to schedule an appointment for you to come in and talk about your options.” The Manometry finally answered the looming question, “What is wrong with me?” and verified that I wasn’t crazy (which is seriously how I was feeling).

“Well, the Manometry concluded that you have a rare condition called Achalasia,” she said.

She preceded to spell it for me and shared what it was, but all I heard was a word I’d never heard before. Similar to words like Chiara Malformation and Syringomyelia, Meningioma, etc. (words that had come across my path the last few years). We scheduled a meeting the following week.

Living in the In Between

The scary in between began with all its Google searching, fear-laden onslaught of questions, and unanswered concerns.

I wanted answers and quick fixes and simple solutions.

Instead, I found myself in the waiting room, literally.

As usual, I had to wait quite awhile for the doctor. But, as I’ve found in countless times before, something magical happens in that quiet, sterile, very alone space.

I get quiet. It forces me to welcome God into my whys. And when I do, they seem unimportant, because what I want more than answers is peace.

You know, that kind of peace that passes all understanding.

I wrote one simple word in my journal, Achalasia.

And then I prayed, “Lord, speak through my doctor and help me both ‘listen’ and ‘hear’ between the lines. Amen.” 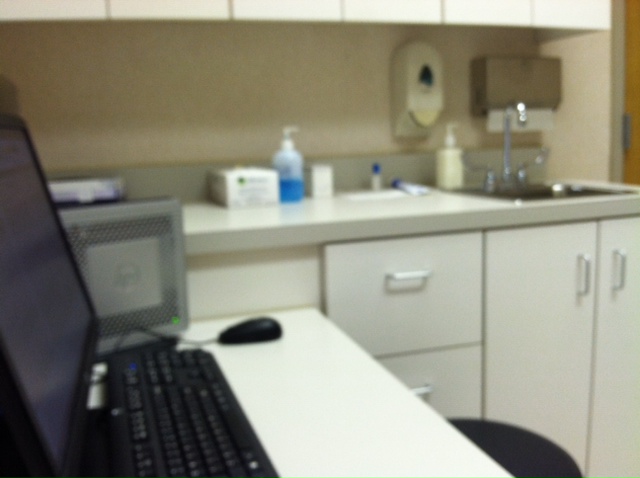 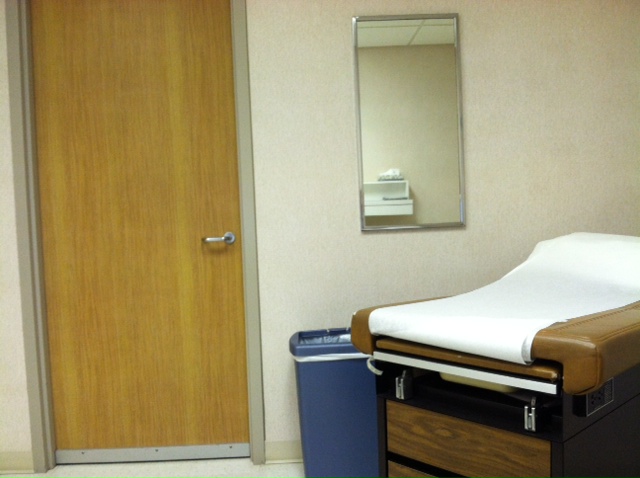 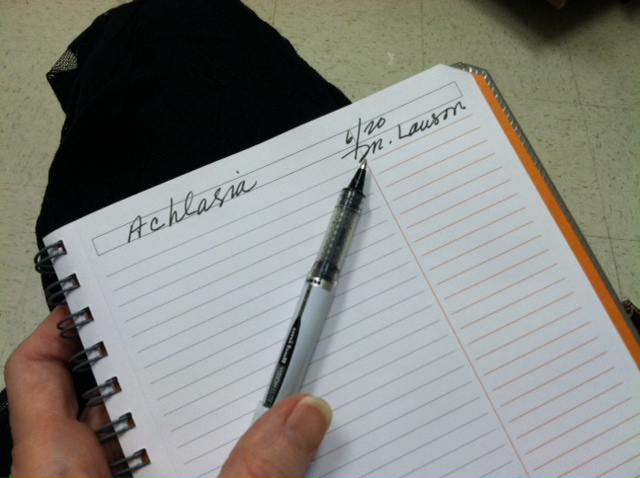 Join me tomorrow for Part Two of “Asking Why.”