While the Bible does not tell us who the wife of Pilate the governor was, the Apocryphal book, The Gospel of Nicodemus, identifies her as Claudia Procula, and a granddaughter of the Emperor Augustus. The book also says that she was a proselyte to Judaism, being among the women of higher classes over whom the Jewish religion exercised considerable influence. Her appearance is brief and all we know about her and what caused her to be included among the nameless in God’s portrait gallery, is told in thirty-eight words. As Jesus was being tried by Pilate in the Praetorium, a messenger hurried to him with a brief but urgent note from his wife. In the moment of crisis she had had a dream and begged her husband not to condemn the Prisoner before him.
—Bible Gateway, Resourcesrr

I’ve heard this story so many times, yet never focused on Pilate’s wife and the incredible dream she was given by God.

This dream became a critical part of the Holy Week narrative.

One woman’s dream changed everything.

Only Matthew records it.

Only one verse is written.

While Pilate was sitting on the judge’s seat, his wife sent him this message: “Don’t have anything to do with that innocent man, for I have suffered a great deal today in a dream because of him.”

Various interpretations of the dream, convincing this wife that Jesus was an innocent Man, and that if her husband condemned Him he would certainly invite disaster, have been given. The safest understanding of her dream is that it was the reflection of her day thoughts as a sensitive and devout woman of One who was holy, just and innocent. God directed that dream in order to add a striking testimony to the sinlessness of the One being tried for the truth He declared. Pilate’s wife sensed her solemn responsibility and made her plea, even though her husband who was also convinced of Christ’s innocence, ultimately delivered Him to be crucified.
-© 1988 Zondervan. 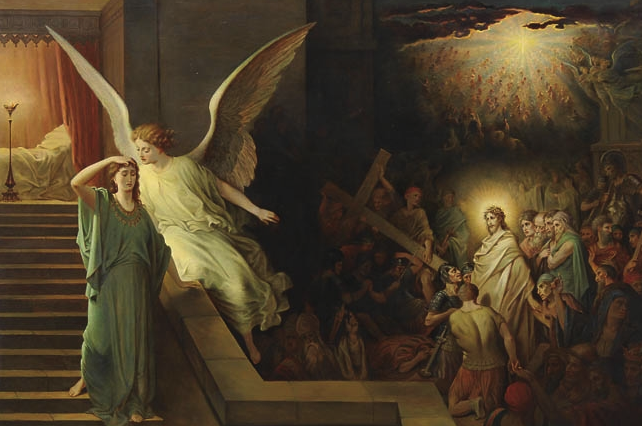 Sister Agnes Berchman, c. 1920, The Vision of Pontius Pilate’s Wife
So many riveting aspects of this dream revealed here.
Notice the bed and the floor lamp, where she received this dream.
Notice her face, the distress, her hand resting on her head, as if
she is thinking, “Did this happen?”

There are so many levels to this narrative but the one that speaks to me, today, is brilliantly captured in Sister Agnes’s The Vision of Pontius Pilate’s Wife.

Pilate’s wife, who ancient scholars believe was a woman named Claudia Procula, was given a dream.

Be courageous. God is with you.

A dream that compelled her to send a message to her husband that would greatly affect history.

A dream that required a courage unknown to her up to this point in her life.

Notice her face as she descends the stairs. Her hand gently resting as if to say, “What on earth?” 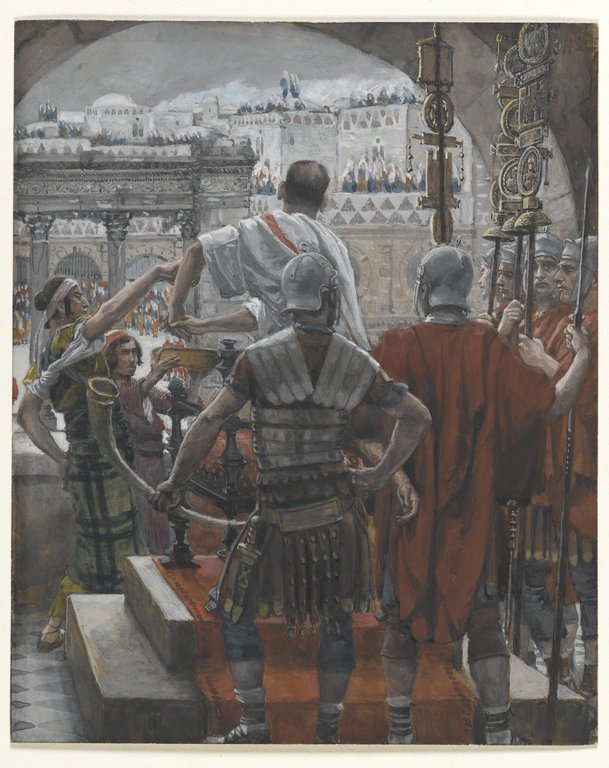 James Tissot, Pilate Washes His Hands, Brooklyn Museum of Art
Studying Tissot has made me add The Brooklyn Museum of Art to my
bucket list. To stand before his collection, The Life of Christ, would be awe-inspiring.
Notice how Tissot captures the art of Pilate washing his hands. High and lifted up for all to see.
He makes sure that his part in this narrative is washed clean.
But is it? This is a story that will take an eternity to understand.

This story reminds us, once again, of the profound affect we have on our spheres of influence.

Consider this thought: Have you ever been in a position where you had to speak out against injustice?

You have a significant sphere of influence.

But we’ve all been in a position to speak up. To use our words to change the tone of a conversation, change the emotional temperature in a family setting, or change the dynamics in a group setting.

As we move through Holy Week, let us remember the strength, courage, and capacity of Pilate’s wife.

May we dream God’s dreams.

May we live God’s courage.

May we spread God’s influence. 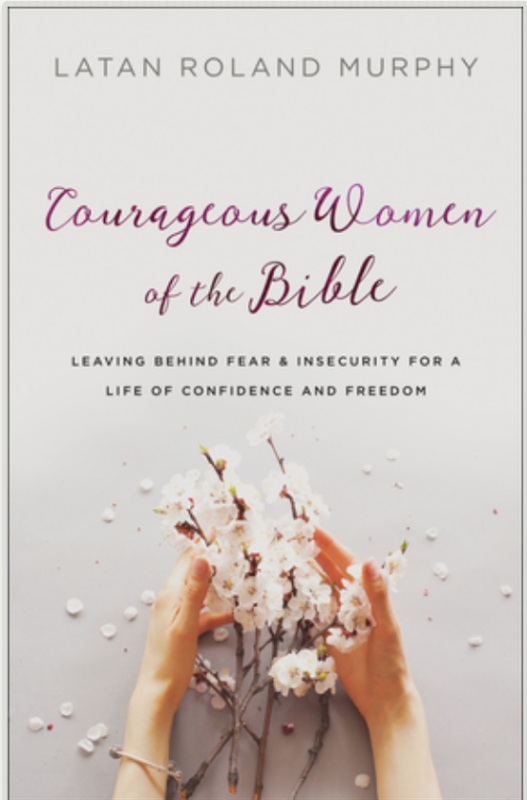 Order my friend’s newest book, Courageous Women of the Bible: Leaving Behind Fear & Insecurity for a Life of Confidence and Freedom.